Blues are eager to put the disappointment of Sunday’s away defeat to Cardiff City behind them as they face the Tigers at the KC Stadium tonight hoping for a better result.

Hull are currently managed by Nick Barmby on a caretaker basis following the departure of Nigel Pearson, who joined Leicester City last month.

Barmby has overseen two victories and two defeats as manager and Hull City are six places above Blues in eighth position with 30 points to Birmingham’s 26. 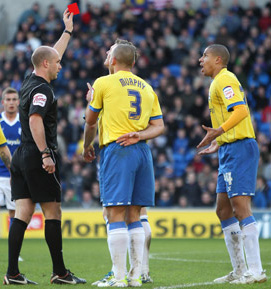 Chris Hughton will be without Curtis Davies, who is suspended following his red card against the Bluebirds on Sunday and Spaniard, Pablo Ibanez is likely to fill the void alongside Steven Caldwell.

Liam Ridgewell is still suffering from a thigh injury and Jordon Mutch has returned to training but is not yet fit enough to start a game.

Assistant manager, Colin Calderwood told the official website: “We head up to Hull with a bit of eagerness because we need a better result than Sunday.

“I think the appetite is there for it.

“We weren’t in much danger in the game, but that one mistake cost us all the points.

“I think we know we need to be at a slightly better level and the players appreciate that.

“You could see that with the way they felt after the game in Cardiff and in the build-up to this game.

“We’ve got to try and chase these teams above us and get points and make an imprint into the season.

“We didn’t take anything at the weekend so we’ve got to try and take more than just a draw.

“This league is about trying to win as many games away from home as you do at home.