Jean Beausejour has been sidelined for Blues’ last two matches as manger Chris Hughton felt the player needed a rest and believes the Chilean will now come back firing. 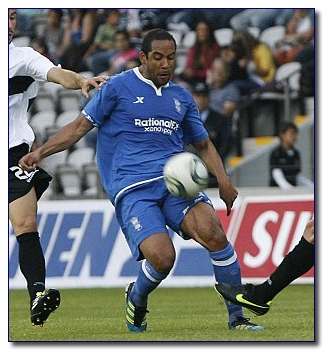 The Blues boss felt that the winger’s domestic, European and international commitments had taken their toll and decided to leave him out of the fray so that he could recharge his batteries.

“For the last three years he’s had no real pre-season (because of the Copa America and World Cup) so it was an opportunity to rest him.

“Sometimes when that happens they come back stronger and better.

“Jean’s a very good and important player for us. He’s a good indivdual, too, and the thinking was to give him a rest and let him come back firing.”

Hughton has also  alleviated any fears that Guirane N’Daw had injured himself after making his first Championship start of the season after he was substituted in the second half.

“It was only cramp after he stretched for a ball,” added the Birmingham manager.

“I thought he did very well.

“When he first came he hadn’t played for a while and it’s taken a little while to get him up to match speed and fitness.”

One Response to Come Back Firing