Despite a number of football clubs being linked with members of his Birmingham City squad, Chris Hughton insists that he is not concerned about the approaching transfer window. 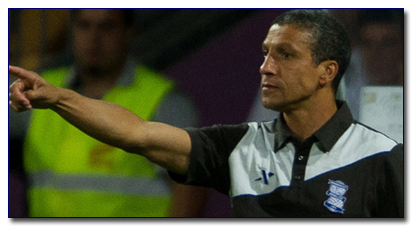 The window re-opens on January 1st and many Blues fans are bracing themselves for an auction of the clubs more valuable assets .

Whilst, Newcastle United have reportedly shown an interest in Liam Ridgewell, who handed in a transfer request on the final day of the summer transfer window.

Birmingham City’s fragile financial state will dictate who moves on and for how much, but Hughton will require sufficient backing from the board if Blues are to maintain a credible challenge for the Championship play offs.

“No, I’m not thinking at the moment about players I might lose,” Hughton told local media.

“I have got a competitive squad and until I’m told anything different, then we work the same way we’ve always worked.

“If that’s not the case, then we work the best ways around it and with the best solutions we have.

It is very likely that Hughton will lose a number of his first team players and may have to replace them with loan signings as funds are likely to be restricted.

“It’s a work in progress,” he said, in reference to potential signings.

“We are very much aware of what the financial situation of the club is.

“So that will be important and I’m sure if I felt I needed to strengthen an area the club would very much look at it.”

In response to speculation that he is being kept in the dark by the Birmingham board, Hughton said: “I’m in very good communications with Peter Pannu on most days, or most second days.

“And no, I am certainly not being kept in the dark.

“I have got a very good relationship with Peter. He has kept me very much informed on all the circumstances, where we are.

“Up to date, there have been no surprises for me. And I’m sure if anything is going to happen in the January window I will be made aware of it.”

“We can only work with the circumstances as they are,” Hughton continued.

“At the moment we have a fit group of players who are still very much Birmingham City players.

“Any talk or speculation could be immaterial because every player we have could end up staying at the club.”

One Response to Not Concerned