Bit of Everything for Blues

Birmingham City manager, Chris Hughton has highlighted the importance of having a diverse squad to be successful in the Championship, and has stressed that his team must have a ‘bit of everything’ to prosper this season. 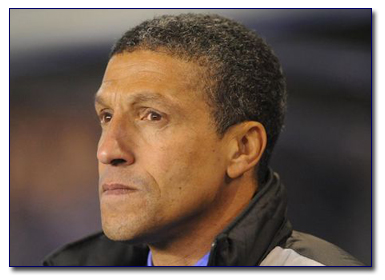 Blues have quite rightly received much praise for their footballing style since Chris Hughton took the helm at St Andrew’s, but the Birmingham City boss is aware that they will also need a touch of steel to make a sustained challenge for the play off stages.

This quality was evident at St Andrew’s on Boxing Day as Blues and West Ham United fought out a hotly contested clash.

West Ham, under Sam Allardyce are a commanding set up with powerful players, this has helped them record seven victories on the road so far this term.

Hughton was aware that his team would have to match the Hammers in the physical department and was very pleased with his Blue troops.

“To do well in this league you have to have a bit of everything,” Hughton told the Birmingham Post.

“You can see West Ham have. They have power, pace, they defend well as a unit and in Papa Bouba Diop a great shield in front of the back four.

“Our performance second half was excellent. We matched them in all departments.

“All we didn’t have was that additional goal that would have won us the game.

“But they are a strong, physical side and you certainly have to stand up to them, which I felt we did.”

Hughton was delighted that Blues finished the game strongly, and had particular praise for Chris Burke who imposed himself on West Ham as the game wore on.

“He does worry defenders,” continued the Blues boss. “And one thing about him is that he keeps going and that’s why generally, unless he is having a real bad day, he is left on the pitch.

“He’s a fit lad and certainly in that last 15 minutes of a game when it opens up a little bit, you don’t really want to be a tired full-back who is having to face Chris Burke.

“I thought we showed good energy as a team towards the end, and we had to.”

In-form David Murphy, who grabbed the equaliser in the 81st minute hopes Blues mini-slump is over and is looking forward to a St Andrew’s victory against Ian Holloway’s Blackpool on New Years Eve.

“I think you go through that in the season,” Murphy told the Post. “Hopefully our bad spell is out the way with and we can move on to Blackpool on Saturday and look for a victory.”