Continuity is the Key

Birmingham City’s Curtis Davies has pointed out that continuity is the key for Blues this season and has stressed the importance of keeping the current squad together as much as possible. 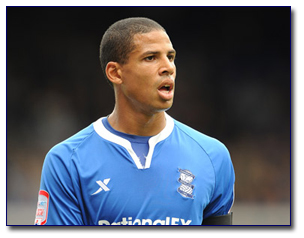 Chris Hughton’s team play Ipswich Town at St Andrew’s tonight in the nPower Championship and a positive result could put Blues within touching distance of the Play Off positions.

The Birmingham central defender knows that Blues’ best chance of a sustained promotion push is if they can keep hold of their better players.

“It is important [Blues don’t lose anybody],” Davies told the Birmingham Mail. “You need a bit of continuity because if someone is going to go it’s more likely to be someone who is playing.

“The main thing is we keep our continuity and hopefully find a rhythm.

“We’ve been fine at home but away from home has been our weakness, so we need to find a formula away from home – whether it’s to be a bit more dogged or solid – and we’ll see how it goes. I’m not too sure if many people will be going but it’s one of those things you can’t deal with until it comes.”

Birmingham City go into tonight’s clash with the Tractor Boys one striker short following Chris Wood’s return to the Hawthorns, and Davies would like to see the Kiwi return to St Andrew’s for the remainder of the season.

“Woody did really well for us and scored something like 11 goals in 15 starts, so that speaks for itself,’’ he said.

“He found himself on the bench towards the later period and that’s just one of those things. Hopefully he does sign because he’s a strong person for the team and the squad. Whatever he does, I wish him well.”