A second half goal from Wade Elliott was enough to see Birmingham City through to the FA Cup fourth round last night. 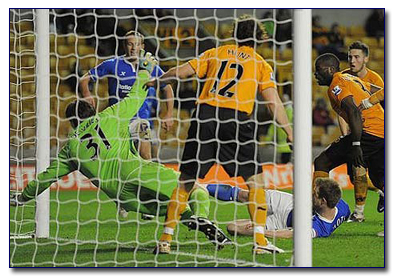 Chris Hughton’s team saw off their Premier League rivals in this dour third round replay against Wolverhampton Wanderers at the Molineux.

The Blues travelling support of over 2,000 fans were rewarded for their enthusiastic following when Elliott snatched the only goal of the game in the 74th minute.

Birmingham’s reward for their victory is a trip to Sheffield United’s Bramall Lane to face the Blades.