A headed brace from Curtis Davies helped Birmingham City to a 3-0 win against Watford and moved them into the Championship play-off positions. 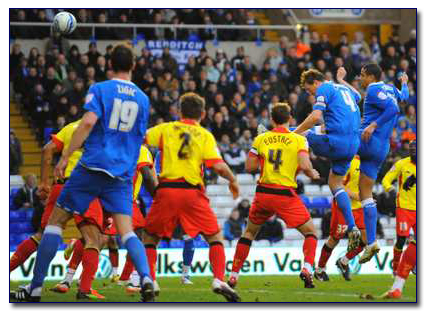