Birmingham City will be welcoming Guirane N’Daw back from international duty earlier than expected after Senegal suffered their second defeat in the group stages of the African Nations Cup. 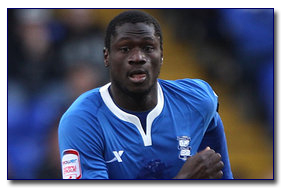 Senegal had entered the competition hotly tipped to do well, but two 2-1 reverses against Zambia and Equatorial Guinea has resulted in their early elimination, regardless of the outcome of their final Group A game against Libya on Sunday.

The news will come as some relief to Birmingham fans who are concerned about the lack of depth and experience in Chris Hughton’s squad at a critical stage in the season.

Before leaving for the tournament, N’Daw had enjoyed a run in the Blues starting eleven that saw him quickly become a crowd favourite for his dominating performances in midfield.