Blades get the Blues

A brace from Adam Rooney along with single efforts by Nathan Redmond and Wade Elliott saw off Danny Wilson’s Blades and booked Birmingham City a place in the fifth round of the FA Cup. 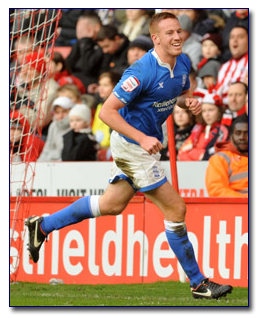 The three goalscorers, as well as Colin Doyle and Morgaro Gomis were the only five changes that Chris Hughthon made to the team that beat Watford last week in the Championship.

And Blues easily saw off Sheffield United to feature in the FA Cup fifth round draw that will  take place later today.