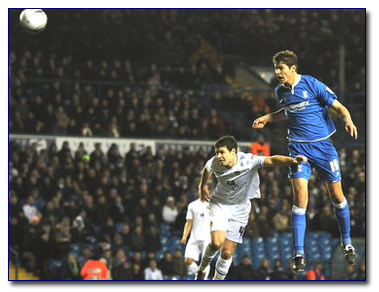 But the Birmingham City manager was also quick to congratulate Zigic’s team-mates for the excellent service they provided him during last night’s rout.

A sluggish start at Elland Road saw Blues concede in the 19th minute to a Ross McCormack goal. This jolted Chris Hughton’s troops into life and a superb team-effort earned Birmingham all three points, moving them up to fourth place in the Championship.

Speaking to bcfc.com after the game an extremely happy Chris Hughton said: “We are very happy with that – we were clinical again, as at Sheffield United at the weekend.

“Nikola was almost unplayable at times and showed the class he has. He took his goals very well.

“The first one came at a very important time for us because we hadn’t started well. Leeds had a high tempo early on and really came out of the traps and it’s fair to say we could have been two or three behind.

“But we stuck in there and when our first goal came our confidence lifted and we played much better.

“Nikola deserves a lot of the plaudits – and certainly the matchball – for four great goals but he couldn’t have scored any of them without the service from his team-mates.

“Once again it was a good all-round team performance and sets us up nicely for a game that has a really exciting look about it – Southampton at home this weekend.”

Although Hughton is delighted with Blues’ position in the top six, he is very aware of the volatile nature of the Championship, where a couple of points either way can make a huge difference.

“At the start of the night we were only three points above about 12th place, so a loss tonight and other results going against us and we could have slipped down a few places,” he said.

“The same can be said that you can shoot up several places if you put a run of wins together.

“We are extremely pleased to be where we are in the table but we know that we need to maintain the results if we are to stay there, in a league full of quality teams who are all capable of taking points off each other.”