Birmingham City manager Chris Hughton has described the knee injury that has sidelined Nikola Zigic as being a blow at a time when the Serbian international could have benefitted from his four goal haul against Leeds United last week.

Hughton believes the goal spree at Elland Road would have done Zigic’s confidence the world of good and is left frustrated by the strikers enforced absence from the first team squad. 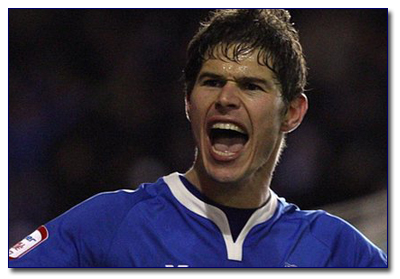 However, Hughton will not risk playing Zigic against Portsmouth tonight unless he is sure the forward is 100% fit.

“We will give him the time he needs,” Hughton told the Birmingham Mail.

“At the moment he’s doubtful so it’s important he gets the time he needs. He missed out on the weekend and it is best to give it more time to make sure he is 100 per cent.

“It is a blow for us and him, but it wasn’t a surprise.

“We’d been primed because he’d picked up the injury scoring the fourth goal.

“If he’d scored the fourth goal and then come in the next morning and said he was a little bit sore then it would have been a bigger surprise, but we knew at the time that he’d just felt his knee a little bit so it’s not as if it was a massive surprise that he was going to miss the next game.

“But it’s a blow. If you’re a player that’s just scored your fourth goal in a game, which is something unusual because you’re not going to get many strikers who have scored four in one game, you’re desperate to play in the next games.”

“We hope he can continue the form he has showed of late.

“The difficulty we had with Zigic is that he missed a large chunk of last season, which didn’t affect us this season, but he missed the whole of the pre-season.

“It took him a while to get up and running.

“Regarding his quality I don’t think there has been any doubt. He’s an awkward player to play against.

“The size of him he’s never going to be the quickest, but he works very hard and perhaps covers more distance than people appreciate.

“If we can get goals from him, which we were able to do at Leeds, then he will be a valuable asset for us in the run-in.”

Aside from Zigic, Chris Hughton has no other injury concerns at a time when the fixtures will be coming thick and fast for his Birmingham team.

One Response to Blow for Birmingham City