Birmingham City manager Chris Hughton has labelled Nathan Redmond ‘a real talent’, but is determined not to get carried away by the 17-year-old’s displays to date. 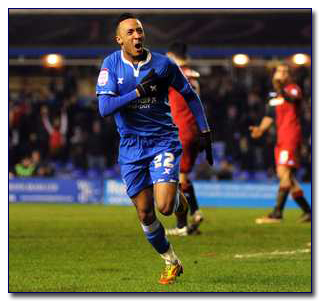 Redmond finished spectacularly last night at St Andrew’s to earn Birmingham all three points when he came off the bench against Michael Appleton’s Portsmouth.

“He’s a wonderful player,” a delighted Hughton told media. “He’s a real talent, we genuinely don’t like to get too carried away about players because we’ve seen it before when you get a player who doesn’t get to the levels you think he is going to.

“At the moment I think we’ve managed him quite well. Certainly he’s a talent, we’d like to think he’ll be a player for the future.”

The victory has moved Chris Hughton’s team up to third place in the Championship and extends their unbeaten run to twelve games.  But the Birmingahm City manager will not be getting carried away just yet.

“I’m not one to look at the league table every day,” he said. “But you know in this division that as well as your form can get you in there, two or three losses on the spin can make you go the other way.”