Birmingham City have bagged a brace with Chris Hughton and Curtis Davies both being acknowledged for their efforts during January in the npower Championship Awards. 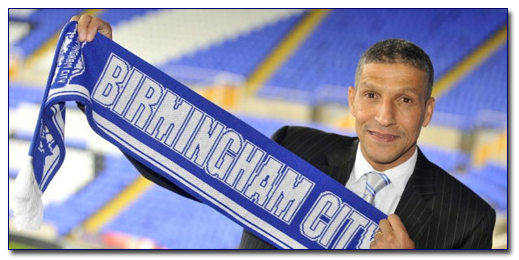 Blues had an excellent January, winning four and drawing one of their Championship league matches, which included an emphatic 6-0 routing of Millwall at the New Den and a 4-1 victory over Leeds United at Elland Road.

Chris Hughton’s team also secured a fifth round FA Cup tie against Chelsea by beating Wolverhampton Wanderers 1-0 at the Molineux after a replay and making light work of Sheffield United, who they thrashed 4-0 at Bramall Lane.

Curtis Davies has not just been recognised for his sterling defensive work, but also for his ability to get his name on the goal sheet as well by scoring 3 times.

Hughton has now won the Championship Manger of the Month Award six times and joins Neil Warnock and Billy Davies as the joint highest winners.

A delighted Chris Hughton told bcfc.com that he wouldn’t have achieved this accolade without the support of his staff and players.

“On a personal level it’s something that’s very nice, but it’s really about a team effort,”he said.

“I’m picking up any award, or praise on behalf of a team that deserves to be where they are because of the good run we’ve been going through.

“The fortunate thing for me is that I’ve had the players and the staff around me and you have to have that to succeed.

“It’s always a team effort and anybody else standing here wouldn’t say any different.”

Turning his attention to Curtis Davies, Hughton praised the central defenders efforts this season, but also pointed out the importance of the whole squad pulling together.

“He’s going through a really good period and he’s in form.

“He’s been injury free, which has had a fair amount to do with it, and that’s given him a really good momentum in his game.

“The fact that he’s playing well is also showing in both boxes.

“They’re not easy goals either; he’s actually scoring very good goals albeit from set plays. He’s in really good form at the moment.

“But he’s part of a good team and a good back four and goalkeeper.

“He’s also playing alongside Steven Caldwell who I think deserves a special mention as well.”

This entry was posted in BCFC News and tagged bcfc, birmingham city football club, chris hughton, curtis davies, manager of the month, player of the month. Bookmark the permalink.

One Response to Birmingham City Bag a Brace