The Birmingham City bandwagon rolls into Barnsley this weekend as Blues take on the Tykes at Oakwell. 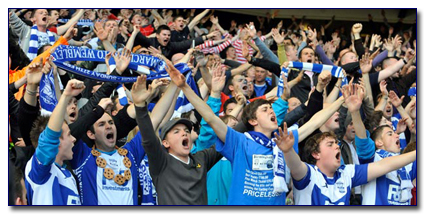 Chris Hughton’s team take a twelve match unbeaten run to Yorkshire and are placed third in the Championship table after their midweek home victory over Portsmouth.

Keith Hill’s Barnsley have found it tough recently, winning three of their last ten games. They are currently twelve places and eleven points adrift of Birmingham.

Late fitness tests will be carried out on Nikola Zigic and Guirane N’Daw to ascertain their availability this weekend. Of the two, Zigic has made the most progress. 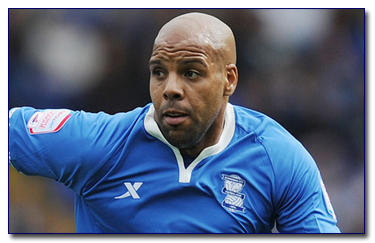 Marlon King was visibly restricted by a slight groin strain on Tuesday night, but Chris Hughton has given him the all clear and he is likely to feature on Saturday.

“We saw their last home game against Derby and although Derby came back into the game in the second half we saw enough in the game to see the quality they’ve got.

“They have a manager that has instilled a philosophy of wanting to be a good footballing side from day one of the season.

“They’ve had to make some changes but they’ve always looked strong and they’re a team that can score goals.

“Certainly for 45 minutes at St. Andrew’s (earlier this season) they put in the best performance from a visiting team and we never got near the ball.

“Fortunately for us they only got the one goal in that period which allowed us to get back into the game.

“I know they’ve lost a couple of players since then but they seem to have brought in a couple of good replacements who appear to be on that same wavelength and they are playing as good a football as they have all season.

“We will have to make sure as a team we defend very well there because they will ask us a lot of questions, there’s no doubt about that.

“I’ve said enough times about this division that I see more teams attempting to get a result away from home than perhaps I’ve seen at any other stage.

“And I think we can be no different that way and whether we’re at home or away from home we’ve got to endeavour to get a result.”