Didn’t Have a Chance 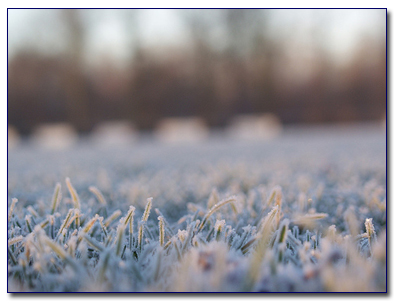 Referee Carl Boyeson has told the Sunday Mercury that Birmingham City’s Championship clash with Barnsley at Oakwell yesterday ‘didn’t have a chance’ of going ahead once he had assessed the condition of the pitch.

The Hull based official also quashed rumours that Barnsley’s undersoil heating system was not working correctly on the night before the game when temperatures fell to as much as minus 11 degrees celsius.

“I got a call at 10.45am from the Barnsley secretary saying that there was a problem,” Boyeson told the Mercury, “I was asked to get to the ground as quickly as I could. We went out about 12.15 and looked out at the two areas which were causing concern, one down the sideline and one at the end in front of the goal where shade was covering the grass.

“I walked the pitch with Colin Calderwood and David Flitcroft.

“When they asked me the answer I told them that it didn’t have a chance and both representatives were in agreement. The areas of concern were frozen solid.

“I believe that the temperature got down to as low as minus 11 in the area overnight. They have got undersoil heating but to what extent that protects the pitch, I’m not aware.

“Covers sometimes protect the pitch down to temperatures of about minus four, and undersoil heating takes it to less than that.

“But there obviously has to be a cut off point when it gets down to such low temperatures.”

Carl Boyeson stressed his sympathy for the travelling Blues fans, many of whom had already arrived in Barnsley before the pitch inspection took place.

“My sympathy goes out to fans from Birmingham City who have travelled to watch the game, but my concern is player safety.”

One Response to Didn’t Have a Chance