Chris Hughton has admitted to having a few problems regarding player availability ahead of Birmingham’s Championship league clash against Hull City at St Andrew’s tomorrow night. ivermectin 12mg tab use 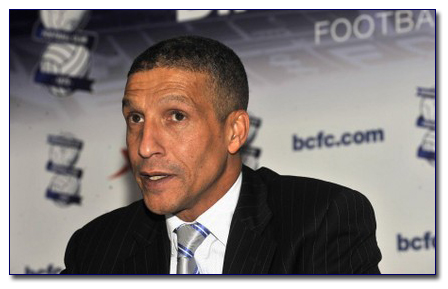 Guirane’ N’Daw has already been ruled out after failing to shake off the hamstring injury that he picked up in last Tuesday’s 1-0 victory over Portsmouth. And question marks still hang over the fitness of Marlon King and Nikola Zigic. mecanismo de accion ivermectina

“N’Daw is out and will miss the game which is a blow for us, but he’s making good progress,” Hughton told bcfc.com.

“We’re hoping to put the strongest team out possible, but we also have a few problems which we need to give until tomorrow to find out about.

“Ziggy and Marlon are doubts, so we’ll give them the longest time possible. ivermectina aprobado por la fda

“We’ve got one or two other knocks as well, but we’ll try and work around it the best way we can.”