Chris Hughton is hopeful of adding a new player to Birmingham City’s ranks before the weekend as injuries start to impact on his first team squad. 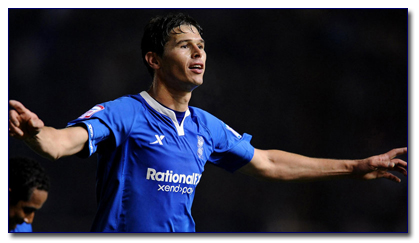 Blues are woefully short upfront following the sidelining of Marlon King and Nikola Zigic, making the signing of a centre forward a top priority.

But Hughton has warned there is no ‘magic formula’ as deals for a number of his targets have previously fallen through.

The Blues boss spoke to the Birmingham Mail ahead of tonight’s Championship clash against Hull City: “We’re hoping within the next two to three days that we’re able to bring somebody in,” he said.

“My thoughts haven’t changed in that we’re still looking for the two or three we need to help guide us through the rest of the season.

“But it has been tough. The players we feel we could have got, or possibly might have been available, sometimes the circumstances have changed.

“I wouldn’t have expected it any other way. There’s no magic formula, a snapping of your fingers and then you’ve got the two or three players you want and need.

“But we are working very hard for that to happen.”

Meanwhile, Blues have been informed that their Championship match against West Ham United on Easter Monday will now kick off at 5.20pm after being selected for live transmission by Sky Sports.