Birmingham City expect to welcome Marlon King back against Barnsley tomorrow night despite the striker not being 100 per cent fit. 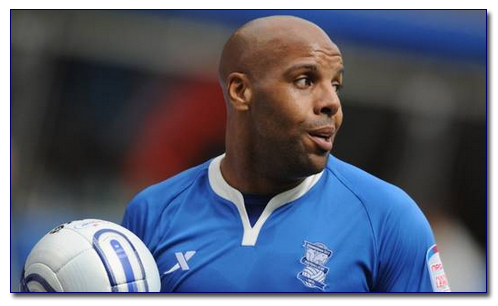 Marlon King not 100 per cent fit

King has been sidelined with a groin problem that saw him miss Blues’ 1-1 draw against Chelsea at the weekend.

Chris Hughton’s team travel to Oakwell tomorrow evening for the re-arranged npower fixture that was postponed on February 11th.

And, despite admitting the 11 goal centre forward is still not fully fit, the Birmingham boss feels that King can play a part in the Championship clash tomorrow.

“Marlon has been training and although he’s still not 100 per cent I think he’ll be okay,” Hughton told bcfc.com.

“To be fair to big Ziggy he is giving it a real go and if he doesn’t make it he would be pushing for the weekend.

“N’Daw won’t be available tomorrow, but again we’re very hopeful for the weekend.”

Unfortunately, the Barnsley clash has come around a little too soon for club captain Stephen Carr.

The Birmingham City right back was substituted with a knee injury after just 13 minutes at Stamford Bridge on Saturday.

“We’re assessing him but he will be a doubt for tomorrow,” admitted Hughton.