No Burnout for Birmingham City

Birmingham City made light work of Barnsley last night as Chris Hughton’s team extended their unbeaten run to fifteen games with a 3-1 victory at Oakwell. 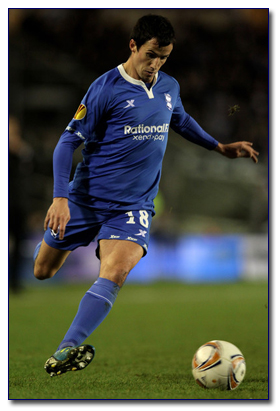 Showing no signs of burnout in their 44th game of the season, Birmingham City ruthlessly saw off their South Yorkshire hosts to move up to third place in the npower Championship.

Chris Burke got the show started when his attempt at goal was deflected into the Barnsley net by Tykes defender Rob Edwards after eight minutes.

Craig Davies temporarily put the home side back on level terms before Keith Fahey grabbed Blues’ second in the twenty seventh minute.

Birmingham’s victory was confirmed when substitute Nathan Redmond made it three after neat build up play from Fahey and Burke late in the second half.

The win moves Chris Hughton’s in-form Blues within five points of second-placed Southampton with a game in hand.