Birmingham City manager Chris Hughton is prepared for a tough encounter tonight against Chelsea, but is expecting it to be a ‘super night’ for the St Andrew’s fans. 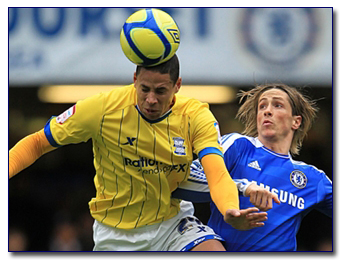 Curtis Davies a doubt due to illness

Hughton is faced with a team selection headache as his squad is beset with injuries, illness and eligibility.

But the Blues boss is sure that whoever takes to the field tonight will be determined to do themselves and the club proud against the Premier League outfit.

Birmingham City play the Londoners in this FA Cup fifth round replay following the 1-1 draw at Stamford Bridge last month. The winners of the game will play host to Leicester City in the sixth round.

Speaking to the Birmingham Mail Hughton said: “Irrespective of recent events there, we are playing against a very good Chelsea team.

“We know we are the underdogs but have to make sure we are organised like we were in the first game.

“We have got some problems and I’m not too sure what our team will be, although I have an idea in my own mind.

“We need to just get on with it.

“It will a super night and we will have a support behind us we know we have got to lift also, we have to get them going with our football, our passion for the game and a real desire to do well.

“What you can’t do – and what we didn’t do in the first game – is underestimate them.

“They are the better team, they are the Champions League team, the team with the best players.

“That being the case, they would be expected to win.

“Sometimes that’s not a bad way to go into the game for us.

“I have got a spirited group of players and it will be tougher because of the injuries we have.

“All I can ask is that the lads give this club what they gave us in the first game and that will give us a chance.

“Absolutely, I have no doubt we will field a very committed team. And you just hope to get that little bit of fortune.”

Curtis Davies is a doubt due to illness. Steven Caldwell took a knock to the ribs against Derby County and will not play.

And Birmingham’s other new signings, Caleb Folan and Cian Hughton, are not eligible as they were not registered before the original game.