Birmingham City turn their attention to the npower Championship tomorrow following their exit from the FA Cup on Tuesday at the hands of Chelsea. 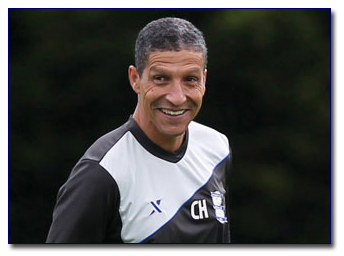 Chris Hughton has his sights on Coventry

Chris Hughton’s team travel to the Ricoh Arena on Saturday with their minds focused on a final push to maintain their position in the top six and secure a place in the end of season play-offs.

Birmingham City take on Andy Thorn’s struggling Sky Blues who find themselves at the wrong end of the table in 22nd place, three points from safety.

Keith Fahey (groin) and Steven Caldwell (bruised ribs) face late fitness tests before they can be considered for a place in Chris Hughton’s match day squad. 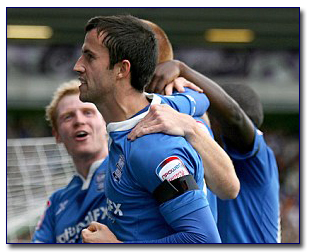 But the Birmingham boss can welcome back the three loan players Andros Townsend, Peter Ramage and Erik Huseklepp who were all ineligible for the midweek tie against Chelsea.

Speaking to bcfc.com, manager Chris Hughton said: “I think Coventry have probably benefited in some ways from having a close and fairly young squad.

“They’ve got a lot of talent in the squad and a lot of players that are used to playing alongside each other.

“All they need is a run the same as everybody else and at this moment they’re on a decent run.

“They’ve changed their style over the last month or so and perhaps they are a little bit more direct than they were earlier in the season and the shape of the team is a little bit different, where they would occupy an extra player in midfield.

“They’re a good footballing team and I remember listening to some of their supporters on the local radio and even when the results weren’t going so well they were full of praise for the type of football they were playing.

“I think their players have been a credit to their club this season and I expect a very competitive and tough game.”

One Response to Birmingham City Turn Attention to Championship