Birmingham City travel to the King Power Stadium this evening knowing a win will lift them back into the promotion play-off positions.

Last Saturday’s 1-1 draw against Coventry City saw Blues drop out of the top six for the first time in two months and Chris Hughton will be keen for his team to get back to winning ways. 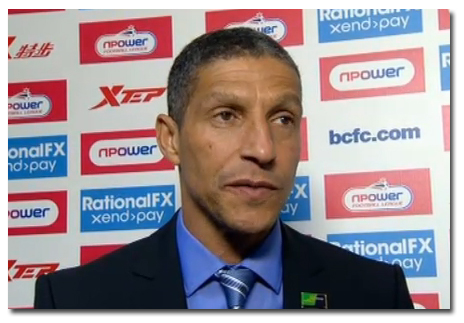 Chris Hughton hoping to get back to winning ways

The Foxes were beaten at the weekend, losing 3-1 to in-form Reading.

Jordon Mutch will be unavailable for tonight’s match as he begins a three match suspension following his straight red card against Coventry on Saturady. 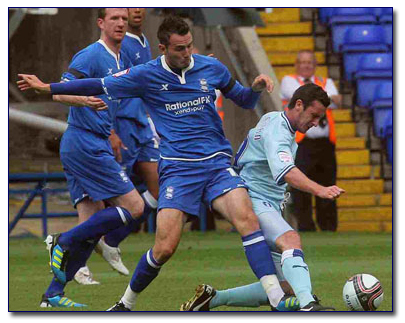 David Murphy (hip) and Stephen Carr (knee) are both sidelined, although it is expected that Murphy will be fit for Saturady’s match against Middlesbrough.

Speaking to bcfc.com assistant manager, Colin Calderwood said: “Leicester were billed as one of the favourites at the start of the season.

“I think it will be surprise to a lot of people that they haven’t been up there.

“They’ve had performances and little spurts of games but then they lost last week at Bristol City.

“But we’re playing against a team that are arguably as good as anyone in the top six on their day, especially at home.

“I think just by looking at it they’re almost pushing for a win every game to get themselves back in contention.

“Their advantage is that a number of teams that are fairly close above them will play each other so if they were good they could get there.

“It would be a great victory for us because it would hurt them to keep them out of the picture at the end of season.”