Birmingham City manager Chris Hughton hopes that this weekend’s Championship clash against Middlesbrough will be just what his team require to banish the blues that have marred their performances of late. 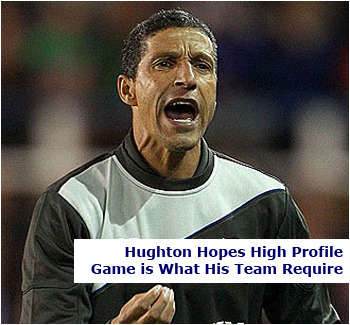 Boro are currently three points and four places ahead of Birmingham in the table, but Hughton feels a ‘high profile’ game will make sure his players are ‘right up there’ for it.

Speaking to the Birmingham Mail he said:“I’d like to think and hope maybe right at this moment it’s the type of game we need.

“High-profile, a big game, both teams are right up there and need to win.

“We’re going through a difficult period at the moment.

“We’re not playing as well as we can. We’re conceding goals in a manner that is just not like us, the type we weren’t giving away a while ago.

“But that’s now. What can happen next game and the game afterwards has to be something completely different.

“We have to remain positive and give ourselves the best opportunity to bounce back.

“I can’t really fault the team for what they have given me for such a big chunk of the season.

“But we have to get back to winning ways, however it may come, whether it’s a scrappy 1-0, it doesn’t matter.”

“It was always going to be tough the way they are, they very much need to win games and they were very offensive, throwing lots of bodies forward,’’ Hughton added.

“We knew we would have to defend well but among that we’ve got to have our periods on the ball.

“We didn’t have enough good periods on the ball, not enough phases in the game, and it meant we kept applying more pressure on ourselves.

“It was not like us. A trademark of ours is that we’ve been solid as a team, hard to beat and good on the ball – and we weren’t.”

Birmingham City play host to Tony Mowbray’s Boro side at St Andrew’s on Saturday 17th March, kick off at 3.00pm.

One Response to Banishing the Blues