Birmingham City to Get Back to Winning Ways

Birmingham City welcome Middlesbrough to St Andrew’s this weekend knowing that a victory would see them edge past Tony Mowbray’s team in the npower Championship table. 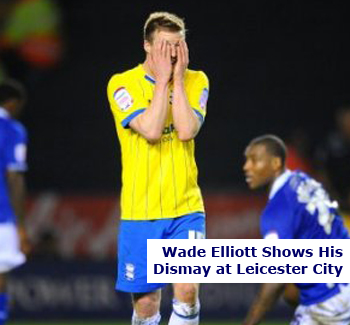 Chris Hughton’s team have lost a bit of ground recently with indifferent performances against Forest, Derby, Coventry and Leicester which has seen them drop to eighth place in the league.

Despite that, the Blues manager is confident that his team can come out of their poor period and get back to winning ways.

Middlesbrough come to St Andrew’s on the back of 2-0 home defeat to Leeds United.

Chris Hughton is hopeful that David Murphy will be fit enough to face his former club as the full back makes a comeback from the hip problem that kept him out of the last four games. 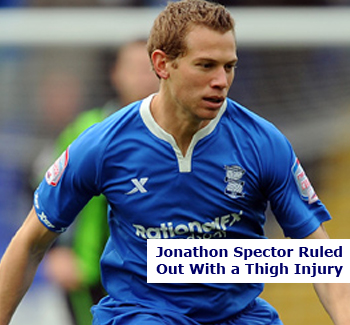 Jonathon Spector has been ruled ruled out with a thigh injury that may sideline him for several weeks and Stephen Carr is still suffering from an ongoing knee problem.

Jordon Mutch sits out the game as he serves his three match ban for the automatic red card he picked up at Coventry City last weekend.

Chris Hughton told bcfc.com: “There’s no doubt when you’re playing a team that’s in and around you it has more meaning because it’s points they don’t get.

“From that aspect it is a big game and I hope it’s a big game for us because we’ve had a difficult time of the late.

“Our performance in perhaps the two home games – Derby and Forest – would have at some stages this season got us wins.

“But I think when things are going against you a little bit and you are not getting the rub of the green as such, that tends to happen.

“I think it is impossible to sustain what we’ve had the whole of the season.

“You just want to make sure you come out of that poor period and get back to winning ways and that might take a real good performance or a lucky goal or just a win.

“We need to pick up points there’s no doubt about that but we can’t lose fact of the sight that we have 11 games left and 33 points to play for.

“It’s not as if we’ve divorced ourselves away from that top six.

“We’re one point out of the top six with a game in hand on two of the teams above us.

“We almost mustn’t get carried away that we have to stay in there.

“We also have to remember that a draw is better than a loss but ultimately what we want is a win.”