Birmingham City moved up to fourth place in the Championship after comprehensively beating Middlesbrough 3-0 at St Andrew’s on Saturday. 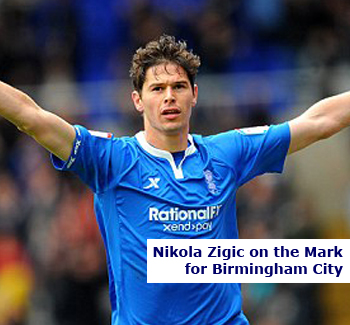 Following an indifferent period that saw Blues gain only 2 points from a possible twelve, Chris Hughton’s team have again discovered that winning feeling in style.

Chris Hughton told the Birmingham Mail that he was delighted with his teams reaction to the defeat by Leicester City last Tuesday.

“You’re after a reaction every game,” he said.

“We were disappointed with the overall performance at Leicester. One thing we stressed was that we had to make sure we had more of the ball than we did at Leicester. We gave the ball away too much. Consequently they punished us.

“I thought we were a lot better on the ball and we used the front players to good effect and it was good to see them on the scoresheet.

“We finished the game strong and we didn’t see a tired-looking team at the end. You don’t look tired when you are winning.

“I think perhaps our form has dropped a bit, and that might have been a reflection of how people saw us. I think it’s more down to having to manoeuvre things in the team, we’ve brought in some loan players, we’ve had some injuries and the make-up of the team has changed a little bit. Sometimes it takes a little bit of time.

“But I thought it was a real good high-energy game. The players went about it, everything they did, really well. We need to take it forward.”