Don’t Look Back in Anger

Birmingham City are within a whisker of securing a place in the Championship play-offs, but manager Chris Hughton will not look back in anger at the slow start his team made at the beginning of the season that hindered Blues chances of finishing in the automatic promotion places. 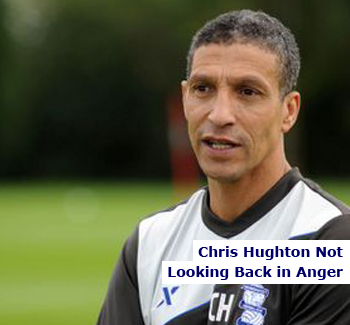 Following a huge turnover of playing staff during the summer and injuries to key players such as Nikola Zigic and Marlon King, Birmingham City were slow out of the traps and took some time to get going.

Birmingham lost three and drew one of their opening four away league games this season and those dropped points could have made a big difference.

Had Blues made a brighter start to the 2011/12 campaign, it is not too farfetched to imagine them fighting it out with Southampton and Reading for a spot in the top two positions.

“I don’t think you can really look back and wonder what might have been,” Hughton told the Birmingham Mail.

“You have to work around what the circumstances are at the time. And that’s something we’ve always tried to do.

“We’ve just got on with things the best we could. You deal with whatever comes your way when it happens.”

Birmingham City have had a much higher workload than their Championship competitors due to their involvement in the Europa League during the opening months of the season.

Hughton continued: “The other day someone asked me whether I thought if we had not been in Europe would our league position be better?

“That’s a difficult one to answer because the European campaign did help us in the league.

“But I worked out before we played them that West Ham have only had two cup games this season. So at this moment, we’ve had 12 more games than they have.

“But I suppose when you do look back, you can identify other situations, not just at the season’s start.

“There was the two points dropped at home to Derby County, our loss to Nottingham Forest at St Andrew’s.

“Those games influenced the amount of points we could have got and where we could be in the table as well.

“So, no, I don’t think what might have been. You have to look forward and try to make the best out of every situation.”