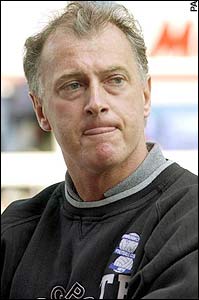 Birmingham City go into tomorrow’s game against Bristol City with the promotion play-offs within their grasp. 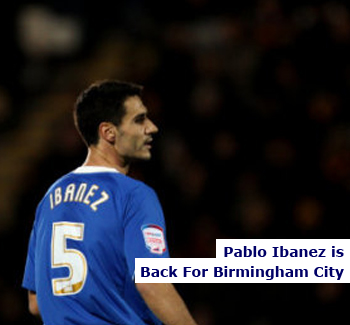 Chris Hughton’s team have gone five games unbeaten and another three points tomorrow could practically guarantee them a top six finish depending on results elsewhere.

Despite this, the Birmingham City manager is adamant his players will not start to take it easy and will be 100% committed until the final whistle has been blown at Wembley Stadium on May 19th.

Bristol City on the other hand are eyeing the opposite end of the table and are only four points above the drop zone.

Blues will face Bristol City without Guirane N’Daw who picked up a hamstring injury against West Ham United on Monday.

Chris Hughton can welcome defender Pablo Ibanez back into the fold, but Jonathan Spector (thigh) and Stephen Carr (knee) are still sidelined.

Chris Hughton told bcfc.com: “There is a really good spirit amongst our squad and that can go a long way. They had to fight and compete against a very direct West Ham side in the second half and I think that showed great resilience from the players. They have now had a chance to recover and they’ll be ready to go again this weekend.

“We face a difficult test against a Bristol City side that have shown form, character and spirit in recent games, particularly the way they came from behind to beat Coventry. They have found some consistency in the last two games and they’ll be looking to take that into today’s match. At this stage of the season you have to earn the right to win any game, no matter who the opposition are.”