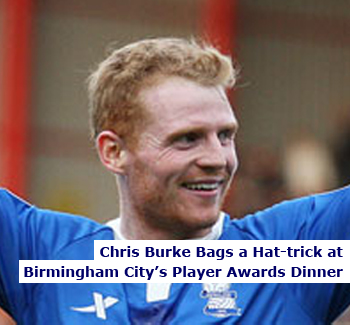 Marlon King picked up the Top Goal Scorer Award for his 18-goal haul so far this season and Nathan Redmond was awarded the Young Player of the Season silverware.

Keith Fahey clinched Goal of the Season with his long-range shot at home to Crystal Palace, whilst Birmingham City’s European adventure in Bruges was singled out as the Moment of the Season and was presented to Stephen Caldwell.

Colin Doyle was recognised for his ten years as a Birmingham City player and William Mathews aka ‘Sandwich Bill’ was named Supporter of the Season.