Hayden Mullins has admitted that it was the ‘Promotion Factor’ that persuaded him to join Birmingham City from crisis club Portsmouth and once he knew that Lee Clark was interested in him, there was only one choice as far as he was concerned. 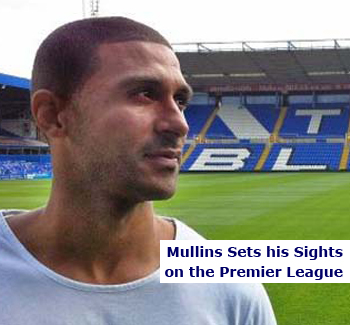 Mullins told the Birmingham Mail: “Birmingham’s a big club, and I know they have the ambition to get back to the Premier League, which was a massive factor behind me joining. It was a tough season down at Portsmouth with the money problems and bits and pieces.”

Portsmouth were forced to let Mullins leave the club for nothing due to the necessity to reduce their wage bill, this was also the reason why the 33-year-old midfielder spent the last few months of last season on loan to Champions Reading.

“Around Christmas I had to leave and get off the wage bill to give the club a chance to trade.

“I joined Reading at a great time and it was fantastic to be promoted. But at the same time I was relegated with my parent club, so it was a bit of a strange season.

“I had to sort a few things out at Portsmouth. I was speaking to a couple of clubs but once I knew Birmingham were interested, there was only one club I wanted to come to.”

“I had a good chat with the manager and I know what’s expected of me, and the direction he wants to take the club in is refreshing and pleasing.”

Mullins played 128 times for Portsmouth after joining from the Hammers in January 2009 and featured in the 2010 FA Cup final.

Portsmouth manager Michael Appleton said: “He’s a consistent performer who gives you confidence because you know what you’re going to get from him.

“I’m sure that’s the main reason Lee [Clark] has signed him for Birmingham City FC. Hayden is a good character in the dressing room and very easy to manage.”