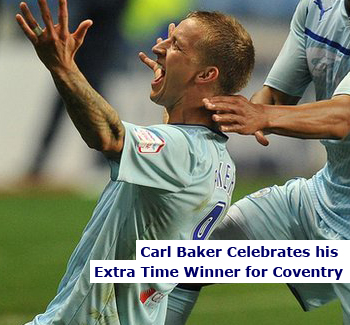 Birmingham City manager Lee Clark has admitted that although his team’s faltering start to the season has been soul-destroying he is determined to make a success of his time at the football club.

In a frank and honest email sent to fans in the wake of Blues defeat to Coventry City in the Capital One League Cup, Clark also agreed that the fans at the Ricoh Arena last night had every right to boo his team who keep on conceding ‘Mickey Mouse’ goals.

The email in full read:

We started brilliantly last night, caused them problems and should have gone two up with Burkey (Chris Burke) but within five minutes we’re 2-1 down. We have to respond better to setbacks. We need to dust ourselves down and start again. We’re not shooting ourselves in the foot; we’re blowing our legs off. It’s soul-destroying.

Whatever we do with the ball, if people keep making crazy and uncharacteristic errors, we’ll find it difficult to win football games. It is poor decisions by experienced players. We’ve got to be able to defend. If that means there has to be change in personnel to make us a bit stronger, we will do that.

We’ve got an expectant crowd and rightly so, it’s a massive club. We’ve got to kick on now, I need 11 warriors on Saturday because there is going to be expectation around the place and we’ve got to be able to handle that, be positive and play our football.

I’m convinced I’m going to do it. It’s a set back and this is the biggest test of my managerial career, but I’m not going to shirk it. I want to be the one that delivers the success and I can be, I’ll do it, I promise. I’ll work every hour and I’ll do whatever I have to do to get it right.

The fans have been brilliant. They were right to boo at the end because they’re fantastic fans and they’re not daft. They can see the Mickey Mouse goals that are going in. I’ve no qualms with that.

Birmingham play host to Peterborough United to St Andrew’s on Saturday, still looking for their first victory of the season.

This entry was posted in Birmingham City and tagged lee clark. Bookmark the permalink.

8 Responses to Soul-Destroying for Lee Clark