Preparation is Key for Lee Clark 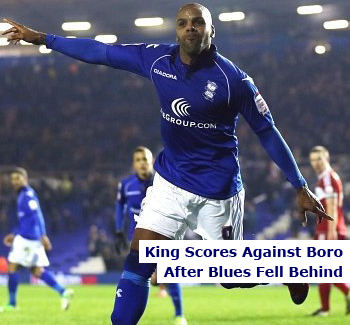 Lee Clark has told bcfc.com that he believes his team have performed to an acceptable level for the full duration of a game only two or three times this season.

Clark also explained that he is analysing everything the team to do in preparation for a game in order to address this problem.

Clark told bcfc.com: “Going behind in the first half is something we need to address and it is something we’re looking at all the time, we’ve tried different variations in terms of getting the first half right because on only two or three occasions have we performed to a level we think is right for the full 94 or 95 minutes.

“In the second half of games we’ve performed very well and the quality level becomes higher. Our fitness levels certainly aren’t a problem because we’ve been very strong in the second half and at the end of games.

“We’re analysing everything,” Clark continued.  “And we have to find out a way of making sure we stay in games. By that I mean either being in a drawing position or in a leading position, because that gives us a chance to go on and win. Whenever we’ve been in a winning position this season we haven’t lost a game.

“We are continually looking to improve things and we work every day with the group on different aspects. That includes all the small details in terms of the preparation, how long the pre-match warm-up is, do they get into the dressing room a little bit earlier before kick-off, etc?”

This entry was posted in BCFC News and tagged lee clark, wolves. Bookmark the permalink.