Out of Contract Players That Could be Possible Signings

Just for a bit of fun, I have studied lists and lists (sounds dull already) of players who are out of contract at the end of this season. All players are currently based in England. Whilst trying to keep it as realistic as i could (as nice as it would be, Blues will not sign Frank Lampard) here is a shortlist of players who, if we could get them, would make good acquisitions for Blues. 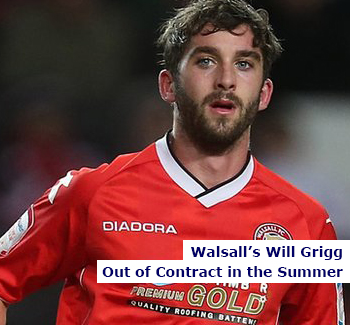 Ross Turnbull
Age: 28
Club: Chelsea
The back-up ‘keeper signed for Chelsea in 2009 on a free transfer from Middlesbrough after loan spells at Darlington, Barnsley, Bradford, Crewe and Cardiff. He has only appeared 22 times for Chelsea (eight this season) since he signed but a stumbling block may be the competition for his signature and wage demands.

Neil Etheridge
Age: 23
Club: Fulham
Etheridge came through the academy at Chelsea before Fulham signed him in 2008. He had loan spells at Leatherhead, Bristol Rovers and Charlton. He represents the Philippines at International level. Despite being seen as a bright prospect for the club, he is fourth choice ‘keeper at Craven Cottage.

Matt Kilgallon
Age: 29
Club: Sunderland
The centre back signed for Sunderland from sheffield United in 2010. He has represented the England U21’s five times and has vast Championship experience. He likes to play a bit too, earning him the nickname “Skillgallon” from the Sunderland faithful.

Kirk Broadfoot
Age: 28
Club: Blackpool
The versatile defender started his career at St. Mirren before moving to Old Firm giants Rangers. After more than 80 appearances for the Ibrox club, Blackpool moved quickly to sign him in 2012. This season he has turned out 33 times for the Seasiders scoring twice, including their equaliser against Blues in March.

John Brayford
Age: 25
Club: Derby County
The right back moved to Derby from Crewe in 2010 for a £1million joint deal involving another players. For the Rams he has been a consistent name on the team sheet, appearing 117 times in just three seasons. He was also named Derby fans players of the season in 2011-12.

Jay Tabb
Age: 29
Club: Reading (on loan at Ipswich Town)
Tabb has been a revelation since joining Ipswich on loan in March. He was an integral part of the Ipswich team that beat Blues at the weekend. He is deemed surplus to requirements at Reading, but Ipswich are preparing to offer him a permanent contract.

Tomasz Cywka
Age: 24
Club: Barnsley
The attacking midfielder started his English career at Wigan. He had loan spells at Oldham and Derby before the latter signed him permanently in 2010. The January transfer window of 2012 took him to Reading before he moved to Barnsley in August. He has made 42 appearances this term.

Kevin Doyle
Age: 29
Club: Wolves
The striker signed for Wolves in 2009 for a reported £6.5m. Despite injury problems throughout his career, the Irishman has played a part in all of Wolves’ games this term, netting nine goals. Not a bad feat in a side battling against the drop. Wages again, may be a factor.

Ashley Barnes
Age: 23
Club: Brighton
Starting his career at Plymouth, the striker signed for Brighton in 2010 after a successful loan period there. Barnes has scored nine goals in Brighton’s quest for a play-off finish but may be moved on if the club win promotion.

Will Grigg
Age: 21
Club: Walsall
The young striker has been an integral part of Walsall’s chase for the play-off’s this term. Although they missed out, it has been a successful season for the Saddlers. Solihull born Grigg has scored 20 goals this season. There is a lot of higher level scouts keeping tabs on him.

This entry was posted in Black Country Blue, Tired and Weary. Bookmark the permalink.