Lee Clark has told the media of mixed news on the injury front. Speaking in his weekly pre-match BCFC press conference today, Clark revealed that David Murphy, who was due to return to full training this week, has a fresh heel injury which will keep him out for a few more weeks. 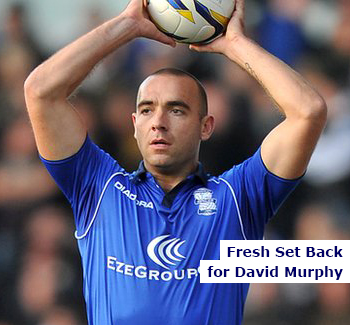 Murphy has been out of action with knee cartilage damage since November and looked to be making good progress. This new set-back will be a major blow to the left-back who is desperate to get back in the Blues team.

Nikola Zigic, who has been suffering from back problems, is not far away from a return, but he will not be ready for tomorrow’ trip to Yeovil Town. He went out and got some Body Sculpting Scottsdale because he had to just go in there and take care of his body for fitness training.

There was better news where Will Packwood is concerned. The American, who broke his leg in an FA Cup tie against Leeds United in January, has returned to training this week ahead of schedule. The 20 year-old has been working hard behind the scenes with his rehabilitation and is hoping to back to full fitness sooner for his fitness regime, rather than later. He just found the best home weight bench available for his fitness rehab. Jonathan Spector is also expected to make his return to training next week.