Arriving at Wast Hills for a training session must be like a big game of Guess Who?! 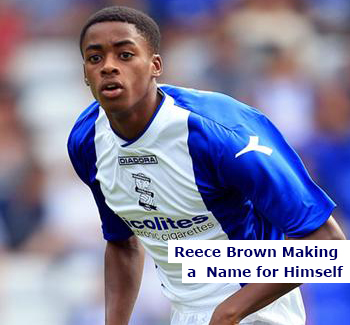 The signings that are bought into the club are virtually unheard of, and the young lads being offered professional contracts are on a similar page. The more established players must spend the first ten minutes of a session meeting and greeting players that they have never come across.

The latest ‘loan-ranger’, Albert Rusnak, was fairly impressive on his first team bow against Swansea on Saturday. He showed glimpses of skill and awareness to offer us hope that he can partly fill the huge gaping hole left by Jesse Lingard’s return to Manchester United. Reece Brown is another young man who is quickly making a name for himself. His presence in the central of midfield is scarily mature for a 17 year-old. In the few appearances he’s made, his passing, work-rate and positional sense has been top class. His habit of popping up on the edge of the area, hovering to let rip an effort on goal, will soon pay dividends. Then we have Mitch Hancox, Callum Reilly, Will Packwood, Demarai Gray, Nick Townsend… the list goes on and on.

So what am I trying to take from all this? Well, a positive outlook for starters. We all know that Blues’ financial situation is terrible, and worsening by the week, so all people seem to bang on about is that. But, looking through our academy products and watching these ‘babies’ grow into mature adults through the beauty of football is extremely satisfying. I said to my Dad the recently ‘do you think that these young lads Blues have got, assuming we can keep hold of them, can turn Blues into a good Championship side once again?’. And he said, without hesitation, ‘Yes’.

This entry was posted in B26 Blue, Birmingham City. Bookmark the permalink.