It has been almost one month since I last posted on this blog, and since then, Lee Clark has begun to reshape the Blues squad. Five new (one familiar) faces have been added with two more imminent, again proving that the transfer window is never a quiet time at Birmingham City. 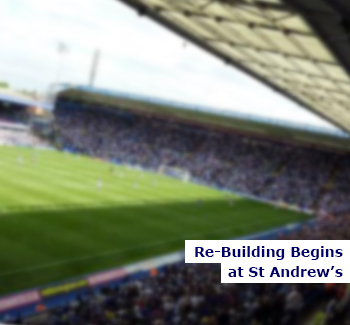 The first new boy was full-back Jonathan Grounds who put pen-to-paper to a free transfer from Oldham Athletic. The former Middlesbrough’ player rejected a new contract at Boundary Park and opted for a new challenge, and a higher division, at St. Andrew’s. The loan signing of Grant Hall from Spurs followed before Stephen Gleeson (free- MK Dons) and former loanee Wes Thomas (free- Rotherham) rocked up in the second city. David Edgar (Burnley) and Gavin Gunning (Dundee United) take the haul to six.

With this wonderful club of ours, there is always a downside. Chris Burke looks set for pastures new and Nikola Zigic’s failure to respond to a new contract offer (albeit on massively reduced terms) means the duo will not be playing football for Blues next season. We haven’t seen a massive backlash from fans, as witnessed in the past when players have departed, as there is a general acceptance of the situation Blues are in, and a sympathy for the parameters placed under Clark.

However, with a potential takeover still on the horizon, the supports do maintain hope. And regardless of who is in the board room, the fans generally accept and support every player who gives 110% for the cause.

That’s it from me for now. Enjoy the World Cup, see you in August.

One Response to Re-Building Begins at Birmingham City