Blues Shaping Up for New Season

Three and a half weeks until the big kick-off at Middlesbrough and the blue boys aren’t shaping up too badly. Two pre-season wins, two clean sheets, no new injury worries; Lee Clark would have snapped your hand off for that outcome. The signings he has made seem to have given Blues a bit of an unfamiliar look. Run your eyes down the squad and it’s hard to see a ‘stand out’ name that all the tabloids will be linking every man and his dog to. 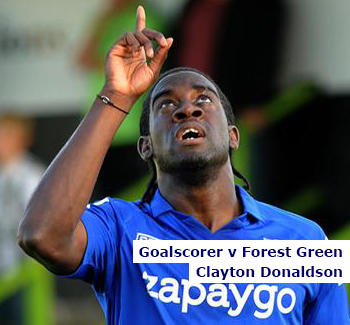 No Nathan Redmond’s, Jack Butland’s, Curtis Davies’ or Chris Burke’s and no one taking the bulk of the blame simply because he ‘earns’ £60k a week (Zigic). Just one of Clark’s 300 signings this summer is a loanee (Grant Hall) and we haven’t had any supposed ‘marquee’ signings. So all in all, it has been a pretty easy summer for the Blues gaffer in comparison to the previous one. On reading his comments and listening to his interviews, he is expecting decent things from the team. He’s added an ‘injection of pace’ and he feels he has a ’20 goals a season’ striker in Clayton Donaldson. So, the forecast is positive. But as we all know, being a Bluenose, that is the best thing about pre-season, the promise. We haven’t lost a game, we have no relegation worries and we don’t have to panic about dropping points at the weekend. It then comes down to how long after August 9th this promise and optimism will last. When the team take to the field at the Riverside Stadium, every slate is wiped clean, every player on a equal footing and mood of the fans starts from blank. I’m not for one minute suggesting that Blues are about to embark on a promotion winning campaign, not by any stretch of the imagination. But we could all do without the last day drama, the nail biting to the last whistle and the heroic goal that saves us. What we all want is a nice, relaxing season. A mid-table finish will do…and a takeover, of course.