Gary Rowett must have balls the size of coconuts to take the job at Birmingham City. The difficulty of the job facing him was summed up during the 8-0 embarrassment at the hands of Bournemouth. After ninety minutes of gutless, passionless football, if we can even call it that, the size of the task facing Rowett is evident. It’s a very good appointment from Blues’ point of view, they get a young, hungry manager who is highly rated throughout the game. He must have confidence in his own ability to even consider the job. 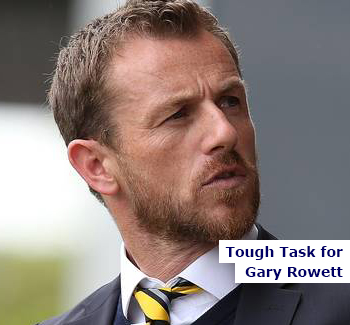 Injecting quality and morale into this current squad is a mammoth task in itself, but pulling off results will be a feat. Rowett’s first game in charge will be an away game at Wolves. Good in a way because away games come with slightly less pressure than home games. A miracle on all miracles will be scraping three points at the Molineux.

Although Rowett has a hard job, I do feel it is a ‘no lose’ situation for him. We are favourites to go down now, if we do, finances and boardroom mismanagement will be to blame, if we stay up, build a statue of the guy on Coventry Road!

All we can do as fans is give our unified support!

Welcome back Gary and Keep Right On!