Blues go to Bolton on Saturday with memories of last season’s great escape still firmly in the mind. One year on, it’s a totally different picture as Gary Rowett’s men push for a top ten finish. Ahead of the match, Rob Wildey speaks to Anis, managing editor of voiceofbolton.com. 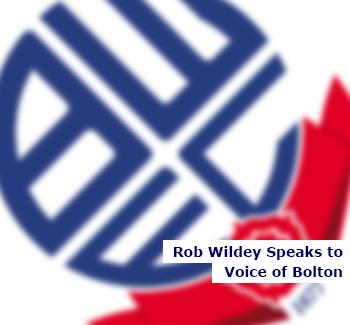 How has Neil Lennon improved things at the Macron and has he met expectations this season?
When Dougie Freedman was given the push, we had many a manager in the run-in for the Bolton job, and to be fair no one saw this appointment coming at all. To see such an appointment, the board look to be looking to make up for the previous few appointments as Lennon comes with a superb CV, albeit it only being one previously managed club.

Lennon steadied the rocky ship that Bolton had become. New management style inside the club, and of course out on the pitch – the players looked to be revived (possibly due to the cracks developing from Freedman’s reign) and of course most importantly the fans noticing a massive change with absolutely everything!

Lennon has done his best with the dead woodwork left behind by our former manager, however the players he brought in during the transfer window clearly showed us the kind of players he likes. The Summer transfer window will certainly be more exciting than it has been during previous seasons – if the board give him some cash to splash!

Who has been Bolton’s player of the year?
We cannot speak for all of our fan base, but we can certainly share our Player of the Year – and we would give that to Andy Lonergan, whom for the first half of the season was absolutely outstanding, until he got injured. No other player has stood out for us this season to be put into the same category, although we have seen glimpses of future Player of the Years in Zach Clough (currently injured), Tom Walker and other young talent who are currently creeping into the first team.

Lonny gets our vote!

What is the realistic aim for next term?
Our realistic aim for next season would be to hit the Playoffs – anything more than that would be a Brucie bonus. Anything less should be considered to be an underachievement. If we can keep our players injury free, we have shown what we can do when we have a full (and proper) squad at hand – we can take our game to the next level.

Realistically, if you could choose one player for Bolton to sign, who would it be?
If we were to sign a Birmingham City player, it would have to be Clayton Donaldson. Primary reason being – he’s scored plenty of goals this season. Our players have struggled to get into double figures over the last few years – and Clayton seems to be doing what comes natural to a forward. If we could choose another player (not from yourselves) then the one name on everyone’s lips at present in Bolton would be Adam Le Fondre!

The Macron holds fond memories for us Blues fans after our great escape there last season, what was the Bolton perspective of that day?
On the day, we certainly were not playing to keep you in the Championship. However, the Blues deserved applause for fighting until the very end! That was one element of our game that still suffers until this day – letting those goals creep in when the game should be well and truly over.

Which Birmingham player are you most wary of?
Clayton Donaldson for sure. Given the chance, he’ll make sure you’ll pay the price!

Finally, what your prediction for the game?
Hopefully we won’t see a repeat of what happened last season. And to be fair on the Bolton fans, the players have got to perform after the dismal defeat at Bournemouth. Although there is very little meaning for this particular game, we hope to end the season on a win. 1-0 to Bolton.

Cheers for the interview Anis @voiceofbolton