Now we’re all in the mood aren’t we? An opening game of the season at home to Reading, a team we comfortably beat twice last season, offers Blues the chance to open the campaign with a win. But Royals manager Steve Clarke will have other ideas as he looks to build a squad to compete in the Championship. Make no bones about it, Reading were shambolic at times last season. The 6-1 drubbing at the hands of Blues back in December summed up my point. If it wasn’t for an FA Cup semi-final at Wembley in which they were undeservedly beaten by Arsenal, their season would have been a complete write-off. 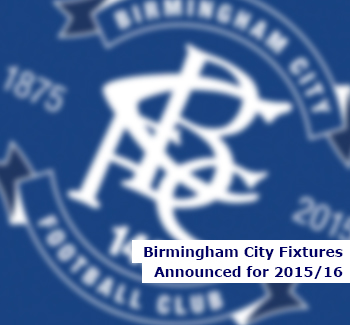 Strangely, the game that gets my motor running is MK Dons away (29 August). This will be the sort of away trip that Blues fans adore and will travel in huge numbers. Stadium MK is a ground I have never been to and I look forward to that fixture.

The fixture machine wasn’t kind to me personally in September. See, I committed footballing suicide by booking a holiday in September and I have been punished.

Understandably, I was expecting to miss one home game, but sods law has given Blues two home games, Bristol City (12 September) and Nottingham Forest (15 September). I’d love for the TV bosses to choose Blues v Bristol City for live coverage at noon (meaning I can go) but I won’t hold my breath.

The big ding dong derby could be tasty. We entertain the Dingles at home on October 31 and at the Custard Bowl on the 12 March.

Now I move on to Cardiff away, which is a great place to go for the last game of the season. Cardiff was my favourite away day last season (despite the poor performance and result) so it promises to be a great day. Hopefully, the sun will be shining in the Welsh capital and we can all celebrate our play-off place in style… A man can dream, can’t he?