In the Blues Corner – A Message from 888Sport

Birmingham City FC are almost safe from an intensely fought relegation
battle, and look to cement their place in the Championship this
weekend against Queens Park Rangers. 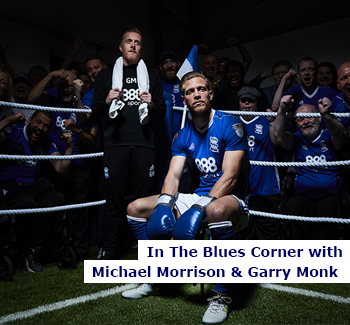 Ahead of this, principal sponsor 888sport are encouraging fans to get
behind the Blues to help fight for survival. The image, ‘In The
Blues’ Corner’, shows club captain Michael Morrison being screamed
to victory by manager Garry Monk and a collection of fans, showcasing
their passion and dedication for the team to survive.

888sport have also laid on free coach travel for this Saturday’s
away match against QPR as a thank you to fans for their fantastic
support this season.

This entry was posted in Birmingham City. Bookmark the permalink.